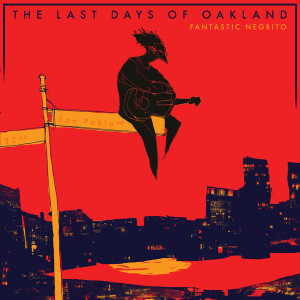 Genre: Blues/Rock
Format Reviewed: Spotify 320 kbps
Rating: 5.5/10
Commentary: I really like this album, and I’ve seen the performer live as well, which was a great live show. The album was originally released in 2016, but then it won a Grammy in the blues category and so got re-released with new material in 2017. The songs on the album are funky takes on blues tropes, with strong and moving political lyrics, all basically taking the United States to task for being a dumpster fire. The lead singer has fantastic energy and vocal range. There is so much potential here! However, most of the songs suffer from excessive conversational and musical vamping which is ultimately pretty irritating after a few go-throughs. The weakness of the guitar work also become more obvious with repeated listening. Vulgarities and other sophomorisms in the lyrics are not well-executed and strategically ineffective.
More info: here
Listen: here.

I spend my life writing grants and papers and traveling on airplanes. I listen to a lot of music. Here are some things I'm listening to.

Iconic One Theme | Powered by Wordpress